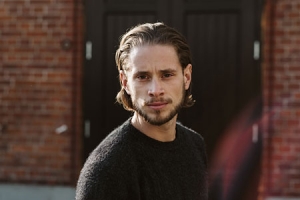 Nils Rovira-Muñoz, born on 25th of September 1991 in Nuremberg, grew up in Bremen and appeared on stage already as a teenager at the Musicaltheater Bremen and at the Bremer Schwankhalle. From 2011 to 2015, he studied at the Hochschule für Schauspielkunst 'Ernst Busch' in Berlin. During this time he played his first roles in short films and TV series, guest-starring for example in the daily soap "Herzflimmern" (2011). After his graduation, he had engagements at the BAT Berlin (2014-17), at the Vienna Volkstheater (2016-17), at the Theater Drachengasse Vienna (2017) and at the Theater Basel (2018). On television he took on guest and recurring roles in "Notruf Hafenkante" (“Hamburg Dockland”, 2018), "Die Kanzlei" (2018) and "Die Pfefferkörner" (2019).

Nils Rovira-Muñoz got his first leading role in a feature-length film in the drama "Goliath96" (2018), alongside Katja Riemann. He played a young man who has been locking himself in his room for two years and only maintains contact with the outside world through an online forum. "Goliath96" premiered at the Hofer Filmtage in autumn 2018 and was released in German cinemas in spring 2019.