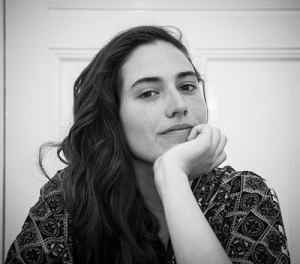 Joya Thome was born in 1990. As a minor, she already appeared in films directed by her father Rudolf Thome, including "Rot und Blau" ("Red and Blue", 2003), "Frau fährt, Mann schläft" ("Woman Driving, Man Sleeping", 2004) and "Rauchzeichen" ("Smoke Signs", 2006). According to her own words, the experiences on set forged her will to become a filmmaker herself. Yet instead of enrolling at a film school, she studied educational and social sciences. At the same time, she began to shoot her own shorts and worked in different capacities on film productions, for instance as assistant director on Linus de Paoli's "Dr. Ketel - Der Schatten von Neukölln" (2011).

With a shoestring budget, a small crew and no public funding, Joya Thome made her 2016 feature film debut "Königin von Niendorf". The film about a 10-year-old girl who teams up with a local boys gang to save the farm of an outsider won a new berlin film award at the 2017 achtung berlin and received an honorable mention for its screenplay. After several more festival stints, the film was released in Germany in February 2018. Just shortly before that, the web series "Just Push Abuba", which Thome directed together with Dieu Hao Do and Benjamin Cantu, premiered at the 2018 Filmfestival Max Ophüls Prize.

Not least of all for these successes she was hired as the director of the Warner Bros. production "Lauras Stern" ("Laura's Star"), a live-action adaptation of the 2004 children's book series and animated film of the same name, on which Thome's version is closely based. "Laura's Stern" premiered at the Munich Film Festival in July 2021 and officially opened in theaters the following December.