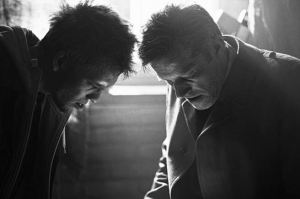 Berlin's notorious Neukoelln district. The near future. A time in which the health system has collapsed. A man works in the shadows and without license as a doctor. He has no practice, no appointments system. He treats people in the courtyards and streets – everywhere he's needed, stealing medicine from pharmacies. Nobody knows his name or that by day he's the caretaker of a shabby tenement building. He pushes boundaries and suffers defeats that cost him the last of his strength. Forced to adopt the role of a shadow, an outlaw, he is confronted with the question as to whether he really is a doctor.