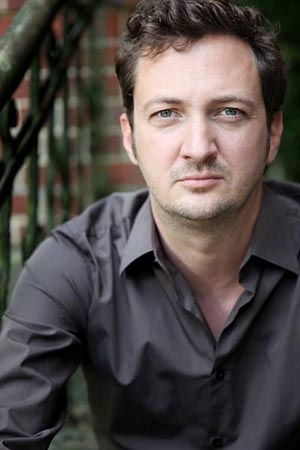 Jan Messutat was born in 1971. From 1995 until 1998, he studied acting at the Mozarteum in Salzburg. He went on to perform at theatres in Lübeck, Ulm and Munich, and between 1999 and 2001, he also participated in an interdisciplinary theatre project which explores the interdependencies of different forms of artistic expression.

Since 2005, he has appeared in numerous TV productions. From 2005 until 2008, he was a regular cast member of the TV series "Um Himmels Willen". He was seen as pilot Rüdiger von Lutzau in "Mogadischu" (2008), Roland Suso Richter's dramatization of the Landshut hijacking, and played the new romantic partner of a woman whose 6-year-old son is suspected of manslaughter in the drama "Uns trennt das Leben" (2010, TV). Moreover, Messutat guest-starred in TV series like "Notruf Hafenkante", "Soko Köln" and "Tatort".

Apart from his screen and stage career, Jan Messutat works as a coach for actors and directors and teaches at several film and theatre academies. Since 2011, he is a lecturer and department head at the Theater Akademie August Everding in Munich.