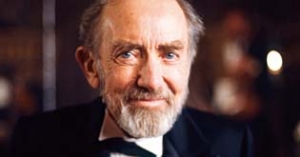 Hans Clarin was born on September 14, 1929, in Wilhelmshaven. He took actor"s training from 1948 to 1950 in Munich and worked at Kammerspiele and Bayerisches Schauspielhaus until 1967. Clarin played his first leading movie role in the film version of the fairy tale "Zwerg Nase" (Dwarf Nose, 1952). Besides his stage career Hans Clarin became one of the most sought-after movie and TV actors. Among his most popular films of the 1950s and 1960s were major productions like "Das Wirtshaus im Spessart" (The Spessart Inn, 1957), "Max, der Taschendieb" (1962), and Edgar Wallace crime movies like "Das indische Tuch" (The Indian Scarf, 1963).

Clarin became even more famous as a dubbing voice in films and radio plays. He was the voice of Pumuckl for over 40 years and appeared in radio plays as well as in all TV and movie productions of the redheaded goblin"s adventures: the TV series "Meister Eder und sein Pumuckl" started in 1982 and Clarin also lent his voice to the movie version "Pumuckl und der blaue Klabauter" (1991-1994). From the 1970s, Hans Clarin more and more changed from movie to TV productions. He starred in several TV movies, series and multi-part productions like "Seidl und sein Sohn" (1978) or "Weißblaue Geschichten" (1999/2000).

In 2001, a severe affection of the vocal chords made him temporarily pause from work. On August 28, 2005, Hans Clarin died of heart failure in Aschau at the Chiemsee.