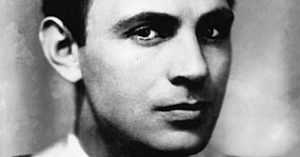 Ingo Clemens Gustav Adolf Freiherr von Wangenheim was born February 18, 1895, in Wiesbaden, as the son of the actors" couple Eduard von Winterstein and Minna Mengers. After finishing school, he completed an agricultural apprenticeship, did one year of military service at the Kaiser-Alexander-Garde-Grenadier-Regiment Nr. 1 and then attended drama school at Max-Reinhardt-Schauspielschule at Deutsches Theater from 1912 to 1914. When World War I broke out, Wangenheim was deployed to the Western front but suffered an eye injury in 1915 and was subsequently exempted from military service.

During the following years, von Wangenheim performed at Vienna"s Burgtheater, at Hoftheater Darmstadt, and at Deutsches Schauspielhaus in Hamburg. He also made regular appearances at Deutsches Theater in Berlin. At the same time, he made his movie debut in 1916 in Louis Ralph"s film "Passionels Tagebuch", also starring Emil Jannings and Adele Sandrock. Until 1931, von Wangenheim starred in silent films on the big screen and appeared in numerous soon-to-be classic films. He repeatedly played the role of the young lover, for instance in the Ernst Lubitsch farces "Romeo und Julia im Schnee" ("Romeo and Juliet in the Snow", 1920) and "Kohlhiesels Töchter" ("Kohlhiesel’s Daughters", 1920), and in Arthur Robison"s sensual dream-like film "Schatten" ("Warning Shadows", 1923).


Von Wangenheim"s best-known role is without a doubt the role of the young broker"s secretary Hutter who experiences an eerie encounter with titular vampire count Orlok in Friedrich Wilhelm Murnaus gothic film "Nosferatu" (1921). Several years later, he flew to the moon as engineer Hans Windegger in Fritz Lang"s "technical feature film" "Frau im Mond" ("Woman in the Moon", 1929). He made his last appearance as a movie actor in the role of Camille Desmoulin in the revolution drama "Danton" (1931), directed by Hans Behrendt.

Gustav von Wangenheim was also actively involved in politics. He wrote for the oppositional journal "Die Aktion", participated in the Rat der Geistesarbeiter, was a member of USPD from 1918 to 1922, and then became a member of KPD. He made use of proletarian amateur theatre to combine artistic and political ambitions. For a time, he was the head of the KPD"s central speaking choir and wrote the "Choir of Work". Furthermore, he directed a "Mass Pantomime against the War" that was banned before it even premiered. In 1924, he set up a Babusse group, a worker"s theatre group of the Union of War Victims and toured Germany with the group. He also headed the Arbeiter-Theater-Bund Deutschland, became the president of Deutsche Revolutionäre Arbeiterbühnen, and wrote agitprop plays for his theatre groups Kollektiv Rote Schauspieler, Rote Blusen, and Truppe 31.


On April 10, 1931, von Wangenheim married actress and writer Ingeborg Franke. Two years later, they left Germany that had been taken over by the Nazis. They first emigrated to Paris but then went to Moscow where von Wangenheim took over as director of Deutsches Theater "Kolonne Links" until 1935 but also finished the film "Kämpfer" ("The Struggle", 1936) together with several colleagues. The film that featured the ten-year old Konrad Wolf as actor tells the story of the politically passive worker Fritz Lemke and his change of heart after the Reichstag fire and the spectacular process against Georgi Dimitroff. In the following years, von Wangenheim mainly worked as an author and radio voice.

In 1945, von Wangenheim returned to Berlin. He became a member of the SED and worked as intendant and director, at first at Theater am Schiffbauerdamm and later at Deutsches Theater. In 1948, he started to work for DEFA and finished five feature films that explicitly convey his political beliefs. In "... und wieder 48" (1948), for instance, East Berlin students reflect on the revolution of 1848, while "Der Auftrag Höglers" (1950) accuses the West of industrial espionage, and "Gefährliche Fracht" tells the story of courageous dockworkers who refuse to load US military weapons. Von Wangenheim ended his career as a movie director with the comedy "Heimliche Ehen" (1956).

From the mid-1950s on, Gustav von Wangenheim worked as a director and actor at the theatre in Altenburg. In 1970, he became a member of the performing arts section of Akademie der Künste. Five years later, on August 5, 1975, von Wangenheim died in Berlin. The documentary film "Gustav von Wangenheim" that portrays the artist and his life"s work was released in the same year.