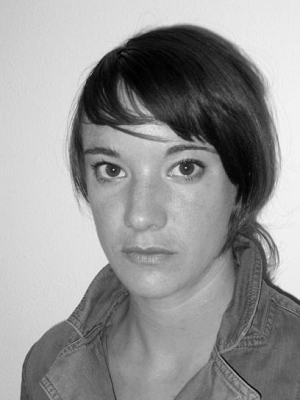 Friederike Jehn, born 1977 in Fulda, performed on stage as an actress in the theatre group Fischgretchen during her time at school. She also gathered her first experience in the film business in internships at post-production film companies. From 1997 to 1999, she studied theatre, film, and TV studies in Cologne. She then continued to study directing and screenplay writing at Filmakademie Baden-Württemberg in Ludwigsburg. While still studying in Ludwigsburg, she also attended the six-week long workshop "The Hollywood Experience" at UCLA in Los Angeles, California. In the following year, she graduated from Filmakademie with her graduation film "Fliehendes Land". In the same year, she participated in the omnibus film "Nichts weiter als" ("Nothing More Than") that premiered at the 2006 Berlinale in the "Perspektive deutsches Kino" section.

In 2008, Friederike Jehn finished her first full-length feature film "Weitertanzen". The film about a young woman whose wedding party is more and more thrown out of joint won the Eastman Best New Director Promotional Award at the 2008 Hof International Film Festival. Furthermore, the film won the "Art of Film Award" at the 2009 Festival of German Film in Ludwigshafen.

Her next film, the family drama "Draußen ist Sommer" ("Summer Outside") won the Grand Prize at the 2013 Filmkunstfest Mecklenburg-Vorpommern and was theatrically released in the fall of the same year.