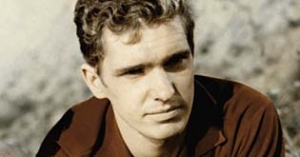 Frank Schöbel was born in Leipzig on December 11th 1942, and is mostly known for his work as a popular singer. In 1962, after finishing his musical training, he started his career and two years later released his single. Overall, Schöbel made 32 albums consisting of mostly self-composed material. Together with his then-wife Chris Doerk, who was also a singer, he hosted the TV-programmes "Treff mit Chris und Frank" and "Disco Treff". Between 1967 and 1972, Schöbel starred in four DEFA productions, including the teen comedy "Heißer Sommer" (Hot Summer) which later achieved a cult status. Shortly before the Berlin wall came down, Schöbel enjoyed his last big hit in the GDR with the suggestive song "Wir brauchen keine Lügen mehr" (We don"t need lies anymore").

But also after the reunification, Schöbel remained very popular, especially with East German audiences. Schöbel, who still works as a TV and radio host, published his autobiography in 1998.