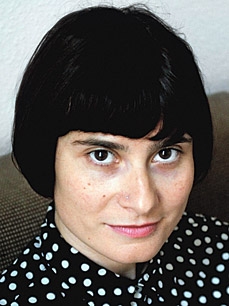 Born in Veliko Tarnovo, Bulgaria in 1983, she graduated in philosophy and modern Japanese studies from Heinrich Heine University in Düsseldorf before starting to work as a freelance filmmaker in Berlin in 2008. She took up a directing degree at the German Film and Television Academy Berlin in 2012. She has made various short fiction films and two feature films. Her short film "Abwesend" screened in Cannes in 2015; her feature film debut "Zhaleika" premiered in the 2016 Berlinale Generation section where it won a Special Mention. In 2018, she participated in Berlinale Talents.