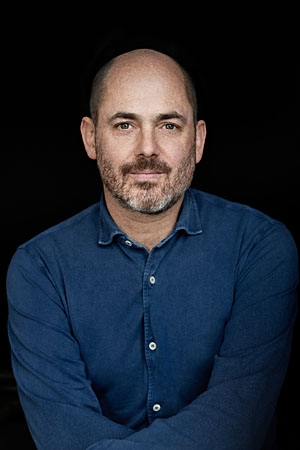 Edward Berger, born 1970 in Wolfsburg, studied directing at the Tisch School of the Arts at New York University until 1994 and subsequently worked for the New York production company Good Machine, which produced films by Ang Lee and Todd Haynes, among others.

In 1997 he moved to Berlin, where he directed his first feature-length film: "Gomez - Kopf oder Zahl" ("Gomez: Heads or Tails", D/CH 1998) about a 16-year-old man who threatens to go astray when trying to impress a girl, won the Lünen Film Festival. His second feature film, the relationship story "Frau2 sucht Happyend" ("Female2 Seeks Happy End", 2000) was awarded the German Film Prize for Best Camera. In the following years Berger staged episodes of the crime series "Bloch", "Unter Verdacht", "Schimanski", "KDD - Kriminaldauerdienst" and "Polizeiruf 110"; his "Schimanski" episode "Asyl" (2002) was nominated for the Grimme Prize and the International Emmy Award.

The crime drama "Windland" (2007, TV), about a small town resident whose brother is suspected of murdering a child, won Joachim Król the Hessian Film Prize for Best Actor. For the tragicomedy "Ein guter Sommer" ("A Good Summer", 2011, TV) Berger was awarded the Grimme Prize in 2011 together with his screenwriter Michael Schenk and the leading actors Andreas Schmidt, Jördis Triebel and Devid Striesow. After the TV comedy "Mutter muss weg" (2011), about the son of an ex-porn actress who wants to get rid of his mother, as well as the "Tatort" episode "Wer das Schweigen bricht" (2013), the last case of the Frankfurt investigation team Joachim Król and Nina Kunzendorf, Berger once again directed a feature film: "Jack", about a ten-year-old boy who goes on a search for his mother in Berlin together with his younger brother. The film, written by Berger and his wife Nele Mueller-Stöfen, was premiered at the Berlinale 2014 competition and received very positive reviews. In autumn 2014 "Jack" was released in German cinemas. Shortly thereafter, Berger was awarded the German Director's Prize Metropolis in the category 'Best Director Theatrical Release'. At the German Film Awards 2015 he and Nele Mueller-Stöfen were nominated for Best Screenplay, Berger also for Best Director; the film itself won the German Film Award in Silver.

Before, Berger had shot the first five episodes of the eight-part television series "Deutschland 83", which premiered at the Berlinale 2015 in the 'Berlinale Special' section. For this work he also received the German Directing Award Metropolis, this time in the category Best Directing Series.

In 2017, Edward Berger realized three episodes of the American adventure series "The Terror," which was broadcast in Germany in 2018. At the end of 2017, he directed the British-American mini-series "Patrick Melrose," with Benedict Cumberbatch in the title role of a dandy.

"All My Loving" (2019), Berger's first feature film since "Jack", celebrated its premiere also in the Berlinale Competition. The film focuses on three unequal siblings who are at a turning point in their lives. Berger again wrote the script together with Nele Mueller-Stöfen, who also played a leading role.