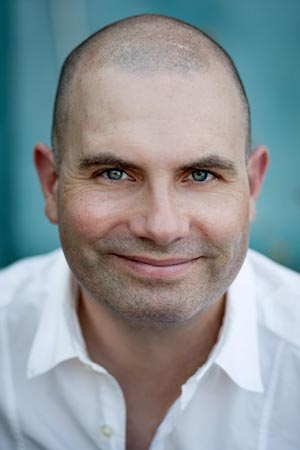 Carsten Strauch was born in 1971 in Offenbach at the Main. After finishing school he enrolled at Offenbach’s Hochschule für Gestaltung (HfG) and studied "Visual Communication" with a focus on film and audiovisual media. Strauch’s first short film, the humorous animation film "Futter" (1997) about a hungry wild cat, won the German short film prize and the Friedrich Wilhelm Murnau prize, among others. His satirical short film "Das Taschenorgan" ("The Pocket Organ") about a surgeon who after performing surgery finds a forgotten organ in his pocket again won the Murnau short film prize in 2001.

Starting from the success of this film and right after graduating from Hochschule für Gestaltung, Strauch and his former fellow students Nina Werth and Rainer Ewerrien started to develop their first feature-length film. But in contrast to his short films, the prominently cast hospital comedy "Die Aufschneider" (2007) got rather mixed reviews.