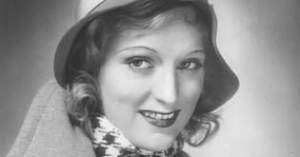 Camilla Martha Horn was born April 25, 1903, in Frankfurt am Main. She finished an apprenticeship as a tailoress, then went to an arts and craft college, and worked as a dressmaker in Erfurt. Later, she went to Berlin, took dancing and acting lessons, and performed at Rudolf Nelson"s cabaret revue. She made her first experience in the film business as an extra and stood in for Lil Dagover in retakes for F. W. Murnau"s "Tartüff" ("Tartuffe"). In 1925, she landed the role of innocent Gretchen in Murnau"s visually stunning film version of "Faust". This role immediately made Camilla Horn famous. She was contracted by Ufa for four years, and in 1927 United Artists brought her to Hollywood where she played in two films alongside John Barrymore, in "The Tempest", and in Ernst Lubitsch"s mountain drama "Eternal Love".

In New York in 1929, Camilla Horn starred in "Die Königsloge" ("The Royal Box") alongside Alexander Moissi. The early sound film was a US production, but was filmed in German. Afterwards, Horn returned to Berlin. During the 1930s, she developed from the roles of innocents blondes to glamorous vamps. Her film partners included Gustav Diessl, Louis Graveure, Hans Albers, Gustav Fröhlich, Ivan Petrovich, and Albrecht Schoenhals. Repeatedly, Horn also worked in Paris, London, and Budapest.

In 1941, Horn moved to Rome and appeared in Italian productions, because she only received offers for supporting roles in Germany. Towards the end of the war, she lived a secluded life on her manor near Neuruppin. At the end of the war, Horn fled to her home town Frankfurt and after the end of the war, she at first worked as a translator for the US forces, before she tried to revive her acting career at the theatre. She performed at Schauspielhaus Frankfurt in Jean Cocteau"s "Doppeladler" ("The Eagle Has Two Heads"). Horn then worked at theatres in Düsseldorf, Stuttgart, Munich, and Graz. On TV and in post-war German cinema, Horn was not able to land any larger roles. She did not get bigger roles until the 1980s, this time mostly as eccentric old lady, for instance, in Wolfgang F. Henschel"s TV movie "Frankies Braut", in Ulf Miehe"s comedy "Der Unsichtbare", and in Peter Schamoni"s homage to former German movie stars, "Schloß Königswald". In the film, Horn starred as princess grandmother alongside other former Ufa star like Marianne Hoppe, Carola Höhn, and Marika Rökk.

In 1974, Camilla Horn received the Filmband in Gold, an honorary award for her continued outstanding individual contributions to the German film over the years. She was married three times. On August 14, 1996, Horn died at the age of 96 in Gilching.