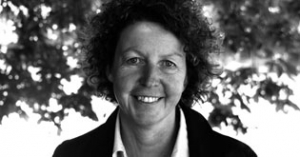 Birgit Schulz studied German studies, biology, and philosophy at Bonn’s Rheinische Friedrich-Wilhelm-Universität from 1978 to 1986 to become a teacher. After her graduation, she worked from 1987 to 1991 as a contributing editor for women’s politics and culture at the Cologne magazine "Stadt Revue". In 1992, Schulz became the managing editor of Cologne’s professional dance journal "Ballett International" where she was in charge of a team of international teams of writers and editors.

Besides her journalistic career, Schulz had also been working as a freelance writer and director of TV productions for several TV stations since 1989. In November 1993, she set up the production company Bildersturm and serves in the positions of managing director and partner together with Sabine de Mardt since 2004. Schulz finished numerous documentary films for the TV screen as writer and director, including "Könikskinder – Romy Schneider und Elisabeth von Österreich – ein Doppelportrait" (1998), "Aber schön war es doch – Portrait Hildegard Knef" (2000), "Der Chef – Alice Schwarzer im Portrait" (2002), and "Liebesversuche – Portrait Werner Schroeter" (2003). "Liebesversuche" won the "Grand Prix" at the Festival International du Film d’Art in Paris. Besides her work as a filmmaker, Schulz was a member of the editorial staff of the WDR program "Frau TV" from 1999 to 2000.

In 2009, Schulz drew a lot of attention with her first documentary film for the movie screen, "Die Anwälte – Eine deutsche Geschichte". In the film, she portrays the former political companions Horst Mahler, Otto Schily, and Hans-Christian Ströbele who campaigned for a "different" Germany during the 1970s as attorneys of the left-wing extraparliamentary opposition. Since then, however, their political paths have been drifting apart fundamentally.