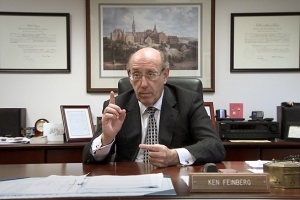 Why is the life of a fire-fighter who died a hero in the Twin Towers on September 11 worth on average a million euros less than that of a stockbroker who lost his life in the same disaster? How much money should oil giant BP pay the countless fishermen on the Gulf of Mexico who are fighting for their livelihoods in the wake of the largest oil spill in history? How can hundreds of ailing Vietnam vets be compensated for their suffering, which stems from exposure to Agent Orange? These are questions that almost appear cynical, but not for America's most famous compensation specialist: Ken Feinberg. Hardly a national tragedy has befallen the USA without Feinberg being called upon to play his part. "Playing God" is more than just the story of a charismatic man who manoeuvres between capital and justice, between US politics and people who have lost everything. The film reveals what happens within our Western system of values when economic interests and people's lives become intertwined through tragedy.