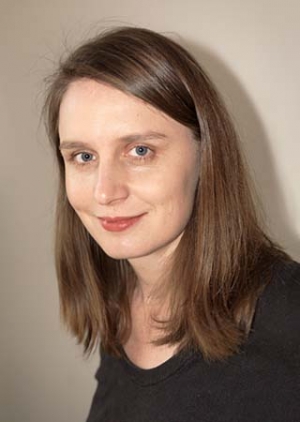 Bettina Blümner was born in Düsseldorf in 1975 and studied media and design at Bauhaus University in Weimar from 1998 till 1999. From 1999 till 2004 she studied at the Baden-Württemberg Film Academy, where "Die Kette" was her graduation film. Afterwards she attended the film school Escuela International de Cine y TV in Cuba. Her 2005 short film "La Vida Dulce" was "highly recommended" by the German film review board Filmbewertungsstelle.

Her feature film debut "Prinzessinnenbad" ("Pool of Princesses"), a documentary about a group of teenage girls from Berlin-Kreuzberg, premiered at the 2007 Berlin IFF and won the "Dialogue en Perspective" Award. In 2008, "Prinzessinnenbad" went on to win the German Film Award for Best Documentary. In 2009, Blümner was one of the directors of the documentary project "24 h Berlin - Ein Tag im Leben" (TV), the following year she directed a segment for the documentary "20x Brandenburg".

Blümner presented her first fictional feature film "Scherbenpark" ("Broken Glass Park") in the competition of the 2013 Filmfestival Max Ophuels Prize. The film depicts the troubled coming-of-age of a young woman (Jasna Fritzi Bauer) who has to cope with the violent death of her mother.

Blümner tackled an unusual subject in her next documentary "Halbmondwahrheiten" (2012), in which she portrays several Turkish men who do not fit any of the cultural stereotypes and macho clichés and turn out to be highly sensitive and fragile individuals.

Her next documentary "Parcours D'Amour" (2014) in turn followed a group of French senior citizens, who dance in nightclubs and keep looking for love and sex despite their age. After festival screenings in Montreal and Hof, "Parcours D'Amour" was released in Germany in June 2015.