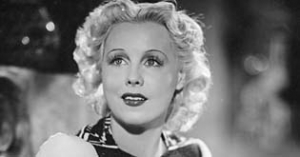 Anny Ondra grew up in Prague and was an extra at Svandovo Divadlo as a school girl. Film producer and director Gustav Machatý discovered her for the leading role as "The Lady with the Small Foot" in the comedy "Dama s malou nožkou", directed by Jan Stanislav Kolár and Přemsyl Pražský. From then on, she mainly played gracious, vivacious, and likeable blondes and funny, slightly hyped-up teenagers in numerous comedies, in 1920 for the first time with director Karel Lamač (who named himself Carl Lamac in Germany). In 1922, they both appeared in their first productions in Vienna in front of the camera: In "Hütet eure Töchter" and "Führe uns nicht in Versuchung", both directed by Sidney M. Goldin, Ondra's innocent charme had to persist in a demimonde milieu.

As the partner of Vlasta Burian and of Lamac, Ondra became the leading female comedian of Czech cinema. From 1928, she also cockily won the hearts of men in German films. In England, she starred in Alfred Hitchcock's "The Manxman" and, in a serious role, in "Blackmail", among other films. In 1930, Ondra-Lamac-Filmgesellschaft was set up in Berlin. Already in her first sound film "Die vom Rummelplatz" ("Fair People"), directed by Lamac, Ondra took to singing and dancing (for instance, as Mickey Mouse), and appeared in artistical interludes. The tragicomic leading role in the Dickens adaption "Klein Dorrit" ("Little Dorrit"), directed by Lamac, remained an exception to the characters Ondra mainly played.


In Reinhold Schünzel's "Donogoo Tonka" (1935/36), Ondra was able to perform a more subtle trait of humour. When Lamac left Germany, she withdrew from the movie business to a large extent and appeared only occasionally in "merry" family movies, for instance, in 1941, in the Spoerl adaptation "Der Gasmann" alongside Heinz Rühmann. In post-war cinema, Ondra starred in Carl Froelich's film "Schön muss man sein" ("One Must Be Handsome") in 1950 and made a guest performance in Helmut Käutner's "Die Zürcher Verlobung" ("The Affairs of Julie"). In 1933, Ondra married the heavyweight champion boxer Max Schmeling who became her film partner in "Knock out" (1934/35), directed by Lamac and Hans H. Zerlett. Hans Leip dedicated his book "Max und Anny – Romantischer Bericht vom Aufstieg zweier Sterne" (1935) to them.