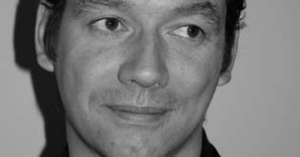 Alexander Adolph (stage name: Nouk C. Wilmer), born November 10, 1965, in Munich, already started to write radio plays, radio features, and reports for SWF (today: SWR) and for Radio Bremen while studying law in Munich. Because of his writing talent, he never actually worked in his learned job as a lawyer despite finishing his state examination. Since the mid-1990s, Adolph has been mainly working as a freelance screenplay writer for TV crime film series. His first screenplay that was turned into a film was the screenplay to the "Tatort" episode "Der Spezialist". In 1998, Adolph was part of the team of screenplay writers of Dieter Wedel"s elaborate multi-part TV movie "Der König von St. Pauli".

In 2002, Adolph won the Grimme award for his screenplay to the "Tatort" episode "Im freien Fall". He won another Grimme award for screenplay to the episode "Verdecktes Spiel" of the series "Unter Verdacht" (2003). For "Unter Verdacht - Eine Landpartie", Adolph received the German film award in 2003 and the Juliane Bartel award. In the same year, he also won the writer"s award at the Cologne Conference.

In 2006, Adolph finished his first feature-length film "Die Hochstapler". The documentary film about four impostors who talk about their "careers" premiered at the international documentary film festival "Visions du Réel" in Nyon. Adolph"s first film as a feature film director also tells the story of an impostor: "So glücklich war ich noch nie" that opened in movie theatres in spring of 2009 tells the story of an impostor whose criminal energy overcomes him like an addiction.

In the same year he wrote the script for Andreas Kleinert"s "Tatort"-episode "Endspiel", starring Edgar Selge.

At the Filmfest Munich Adolph"s second feature film has its premiere: The psychological thriller "Der letzte Angestellte" tells the story of a liquidator who thinks he is haunted by the ghost of an employee that committed suicide shortly after she got sacked. Even before the movie"s theatrical release Adolph was directing again: he made the episode "Am Abgrund" for the television crime series "Ein starkes Team", which had its first run in June 2011.

Since 2002, Alexander Adolph works as a lecturer at Cologne"s international film school.