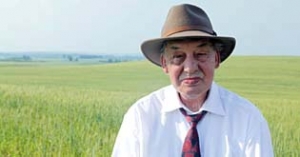 For twenty years, 75-year-old writer Paul Gratzik was an unofficial informer working for the GDR’s secret police, or Stasi as it was also known. Paul Gratzik was a womaniser; a rough diamond, gregarious and a committed Communist – an ideal combination for an informer. In 1981, after twenty years, this top informer decided to break with his employers at the State Security Service and expose his identity to the friends he had betrayed. He accepted the fate that subsequently befell him: shunned as a pariah by most intellectuals, he soon became persona non grata and was banished to the countryside.

"Vaterlandsverräter" is a portrait of an exceptional man whose tumultuous life was propelled to extremes. Now, more than 20 years after the end of the GDR, this film tells his story – in a way that it has never been told before. Annekatrin Hendel: "This film does not seek to expose or justify anything; it focuses on the inner turmoil of a German literary figure whose works have had an impact on many. Paul Gratzik has always felt at home in contradictions; any debate with this man represents both a significant intellectual and emotional challenge. I want to confront viewers with my unusual protagonist’s old and new ideas – ideas that are still as convoluted, intriguing, passionate and manipulative as they have struck me as being for the past twenty years. The film also offers a glimpse of the private person Paul Gratzik, who, far from being the typical non descript Stasi agent we know from history books and films, is someone who is charismatic, pompous, brusque and charming."