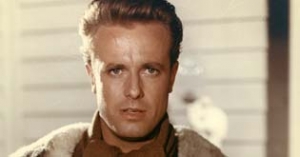 Norway, around the penultimate turn of the century. Old, stonehearted big farmer Dag and his two sons Tore and Dag junior are living on the Bjöndal estate. The Björndal people are constantly altercating with the aristocratic landowner von Gall who resides in a large manor with his daughter Elisabeth.
During a party, go-getter Tore snags Elisabeth, dances with her, and even gets a kiss from her. After that incident, the noble young lady sets lieutenant Margas, her admirer, on Tore. After a car chase along the fjords, they start a fierce battle. In the battle, Tore is killed. His death sets off an embittered enmity between old Dag and the neighbouring aristocratic estate. Even cool-headed Dag junior is not able to prevent the catastrophe that leaves von Gall without his child and his wealth. But revengeful Dag will not live his remaining days in happiness, either.

Sequel: "Das Erbe von Björndal", based on a novel by Trygve Gulbranssen.