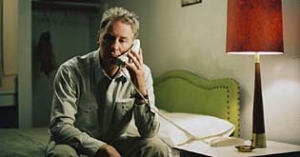 When 13-year-old Adriana is kidnapped by sex traffickers in Mexico City, her 17-year-old brother Jorge sets off on a desperate mission to save her. Adriana′s only friend throughout her ordeal is Veronica, a young Polish woman captured by the same criminal gang. Jorge meets Ray, a Texas insurance cop whose own family loss leads him to become an ally in the search for Adriana. As they come to track down the mechanisms of this modern slave trade, they are forced to play a game that threatens to have fatal consequences …

With "Trade - Welcome to America" Marco Kreuzpaintner gives his American debut in a co-production between Roland Emmerich′s Centropolis and Claussen+Wöbke+Putz Filmproduktion. The film is based on research carried out by reporter Peter Landesman in Mexico about sex trafficking in Mexico and the USA, which he published in the NY Times Magazine. Emmerich bought the rights and later offered Kreuzpaintner to direct. Marco Kreuzpaintner: "What attracted me to the story by Peter (Landesman) was that for the first time it shed light on what was really going on in Mexico and the United States. I am interested in the intercultural subject matter: What do we as neighbours think of each other? What do we expect of one another? How do we communicate with each other?"