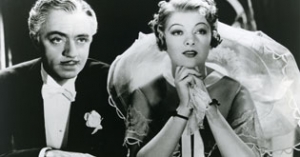 The award-winning musical tells the story of the legendary stage revue show producer Florenz Ziegfeld Jr. and his career in the show business. While Ziegfeld’s concept of a good show is based on the attractive power of charismatic men, his friend and rival Jack Billings relies on music, dance, and beautiful women. After his first marriage with Anna Held founders on his infidelity, Ziegfeld one day has to flee to London because he had manipulated an exhibition bout. In London, Ziegfeld snatches away a French singer from Billings who wanted to contract her. Back in America, Ziegfeld prepares for the production of an ambitious ensemble performance: He expects his Ziegfeld Follies to fascinate their audience with their lavish costumes, their star-studded cast, and the show’s production design. But despite his nose for popular taste, the impresario is living beyond his means. Thus, in the end, Ziegfeld goes bankrupt and his life’s work lies in ruins. But his reputation as a brilliant show producer is going to live on for several decades.