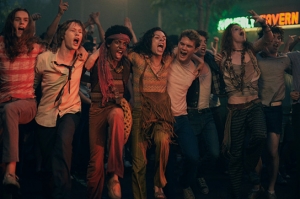 The United States in 1969: Kicked out by his parents because of his homosexuality, Danny Winter moves to New York City. In the cosmopolitan metropolis he hopes to lead a free life as a gay man. Since he has neither money nor an apartment, Danny joins a street gang who introduce him to the idiosyncratic and wild gay scene of the city. The 'Stonewall Inn' on Christopher Street serves as a hangout for a large part of the community. Yet even there, gay people are subject to police harassment and are humiliated by raids again and again. One night, the patrons decide to act and take to the streets to protest the oppression – the beginning of the Stonewall riots.