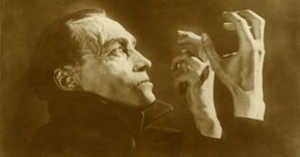 The Hands of Orlac

One day, famous pianist Orlac badly hurts his hands in an accident. To enable him to resume piano playing, his purpose in life, Orlac′s surgeon decides to transplant Orlac the hands of a recently executed robber and murderer. But although Orlac completely recovers from the accident, his virtuosity of piano playing has vanished. Furthermore, he gets more and more absorbed by the delusion that he had not only received the murderer′s hands but also his disposition to brutality. Strange signs and threatening letters support this obsessive idea. When Orlac′s rich father, with whom he was at enmity, is murdered, he gets accused of killing his father. Is Orlac really the murderer or the victim of an intrigue?