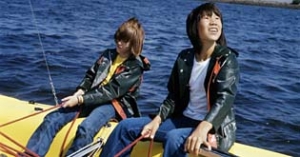 14-year old Uwe lives in s suburban Hamburg housing estate that everybody just calls "Niggertown". Besides trouble, the boy has not much to expect from his parents. To get his hands on some money, he prizes open vending machines, and to let out his frustration he beats up "wogs". Among them is Dschingis, his nemesis. But one day, the rivals make peace. They become friends because they realize that they have the same problems and are driven by the same dreams and hopes. In the end, they steal a sailing boat to run off together – in the direction of the North Sea, heading into a supposedly better future.