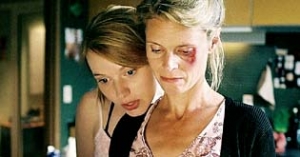 The school-leavers’ party is on its last legs and Rudi stands at the bar silently watching Magdalena. Today is the last time he will see his classmate and to him, she’s as unattainable as ever. Anyway, she has a boyfriend; in fact, he’s standing next to him.

However, next morning, a chain of events occur that could mean that things look very different in 24 hours’ time. When their car breaks down Rudi realises that his Dad is by no means as assured as he likes to think he is. He also discovers that his otherwise goodnatured grandpa has a rather substantial sinister side.

For her part, Magdalena suddenly comes to the realisation that her mother isn’t as downtrodden by her Dad as she had always believed. Just when Magdalena is about to embark on a life of her own outside the family, she begins to see her mother in a whole new light.

Magdalena’s boyfriend doesn’t see why he should have to decide between his mother and his girlfriend; and a middle-aged couple’s wedding party takes an unexpected turn when Magdalena asks whether one should say "I do" at the altar. Meanwhile, Rudi’s mother seems permanently enmeshed in the past. As for Rudi, he senses that his parent’s house has basically ceased to exist, and that his childhood is now over.

Rudi makes a decision. But first Magdalena must stand up to her father. And until she does, life has more of surprises in store – for both of them.