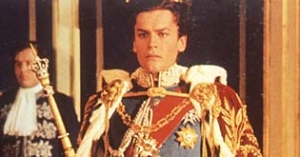 Luchino Visconti′s rather subjective and unconventional biographical film about the "Swan King" Ludwig II of Bavaria. Critics and movie fans consider this film as a master piece – but the German premiere turned into a (political) scandal first and foremost in Bavaria because of the account of Ludwig′s homosexuality. The film was rigorously censored and opened in cinemas in an extremely shortened version. Visconti′s individual, in its historic details fastidiously designed production, concentrated barely on the "great" historic moments in Ludwig′s life but rather tried to shed light on the monarch′s personal interests and idiosyncrasies.