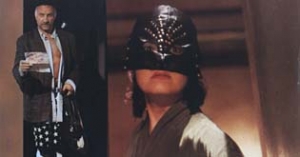 Police Commissioner Alex Glass has been twisted into a sarcastic cynic by the hard luck story that is his life and by his daily contact with the lowlife criminals of Berlin′s underground.

His new assistant, Shirly Mai, is an attractive and conscientious woman who embodies a quality of virtue that her boss gave up a long time ago. They have both been assigned to solve a series of gruesome murders that have been taking place in Berlin′s drug and prostitution ganglands.
The prime suspect is George Miskowski, a pusher who supplies Berlin′s brothels and hookers with cocaine and heroin. When he turns up dead, Miskowski′s girlfriend, Lisa Ostermann, is the last chance Glass has to nail the killer ...