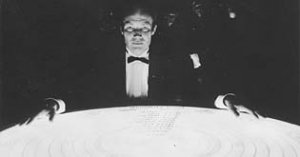 Final part of a film trilogy by director István Szabó and star Klaus Maria Brandauer, who depict the rise and fall of historical figures of the first half of the 20th century in "Mephisto", "Oberst Redl" and "Hanussen": Just before the end of WWI, Austrian illusionist Klaus Schneider suffers from a head wound and soon realizes that he has telepathic capabilities. He reinvents himself as the famous clairvoyant Erik-Jan Hanussen, who predicts the rise of fascism, Hitler's election win and the burning of the German Reichstag. Although many regard him as a fascist, the Nazis consider the naive Hanussen to be a traitor. In 1933, he is abducted and murdered by SA thugs.