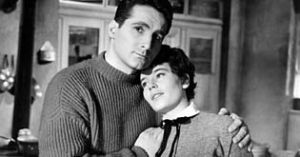 The sailor Freddy is on the run: In Genoa, he was involved in a drunken stabbing that left one person dead. Now Freddy is wanted by the police, so he travels to Hamburg as a stowaway in order to get to Canada from there. On the Kiez in St. Pauli, the little runaway Stefan, who specializes in pickpocketing, follows Freddy's heels. Freddy earns a little money by performing as a musician in a pub. There, not only the waitress Susi falls in love with him, but also the ambitious Katja wants to help the sailor develop his singing talent.