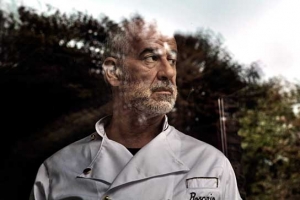 Italian-born Rosario Russo lives with his German wife Renate and their nine-year-old son Matthias near Wiesbaden, Germany. As the owner of a small hotel and a restaurant, Rosario has built a respectable existence for himself and his family over the years. But one day, two young Italians arrive at the hotel. Rosario, in his former life a hitman for the mob, immediately recognizes that these are no regular guests: Diego is his son from an earlier marriage, whom he abandoned when he left the Camorra. Diego's companion Edoardo is the son of an influential mobster. Both have come to Germany to murder a man. When Rosario learns of the nature of their visit, he tries to free his son from the clutches of the Mafia. Thereby he risks his own life, for Eduardo must not know of Rosario's true identity.