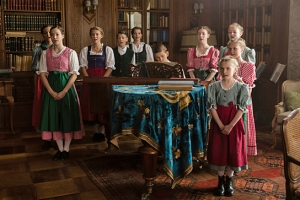 Based on Agathe von Trapp's autobiography, this is the real story behind the beloved Broadway musical and hit Hollywood film, "The Sound of Music". After the untimely death of her mother, Agathe takes charge of her siblings and guides her father through a changing world. But when a new woman, Maria, arrives she finds her role and the memory of her beloved mother in jeopardy. Both women discover the healing power of music to overcome their differences, but when the Nazis begin to take over Austria and endanger their happiness, Agathe is forced to make a decision that will affect the family forever. The film tells a vivid and sometimes heartbreaking story about courage, love, and passion.