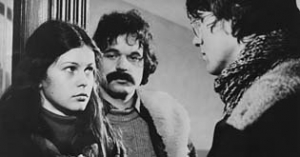 A life-threatening heart attack confines Richard Roth to the hospital bed. There, Richard, who is in his late fifties, asks himself what will remain of him and his life. What happened to his four daughters? Do they take after him? How have they developed? His youngest daughter Nanny, who is still living with her father, gets her three other siblings to Weimar to visit their father. The dedicated engineer Ruth, who is working in a shipyard and actively lives the party′s concepts, is very similar to her ill father. Despite her professional success, she lives a lonely private life. The third daughter Gerda is living in divorce although she is pregnant. Her two children live with their father. Furthermore, there is Eva, who gave up her job as a teacher to fully concentrate on her life as the hedonist wife of a surgeon. But her life plan comes to nothing, when her husband leaves her. After having recovered from his illness, Roth wants to straighten out the lives of his daughters, but he soon realizes that everyone has to take responsibility for his own life.