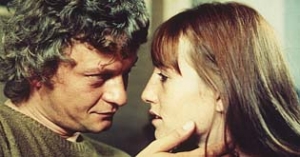 Young construction worker Ralf Reider leaves his home village Katzsprung in the Rhön mountains during the "Berlin Initiative". In the capital, he wants to earn enough money in construction to build his own house for his wife and his child. But Ralf is an unconventional character who soon becomes an outsider because of his behaviour – for instance, when he distributes deliveries of concrete not strictly to rule but as he thinks it would be most fair. On this account, he is relocated to the brigade of Fritz Siegert. Again, it does not take long until Ralf gets in trouble for working in the rain and for vehemently acting against the alcohol consumption of his co-workers during working hours. He gets even more cross with his colleagues when he resists working on the weekend because he wants to visit his family. But when Siegert dies in an accident, Ralf is the only one among the men who thinks himself capable to follow Siegert – despite the protests of his fellow workers.