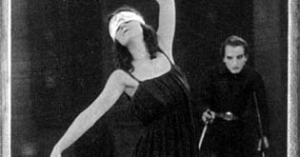 At the salon of his lover, Paris dancer Eva Sorel, Christian Wahnschaffe, the spoiled son of an industrialist, meets Iwan Becker, a leader in the Russian Nihilist movement. Impressed by Becker's concern for society's weak and poor, Christian develops sympathies for the movement’s ideals. When Eva begins a relationship with a powerful Russian prince, she poses a danger to Becker, who has entrusted her with his secret plans for a revolution for safekeeping. And, indeed, they end up in St Petersburg, where Christian and Iwan try in vain to gain possession of them. It is then easy for the Prince to put down the 1905 revolution … "Weltbrand" is a wide-ranging panorama of society, unfolding along several parallel plot lines against a backdrop of luxury and misery. From its use of historical subject matter, to its gala premiere attended by dignitaries from industry and politics at the Hotel Esplanade, the two-part star-studded film version of the book anticipated later media storms, making Christian Wahnschaffe seem like a Weimar-era forerunner of modern-day event television.