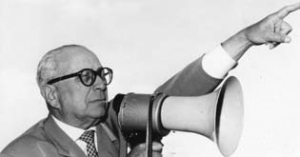 Wilhelm Thiele was born as Wilhelm Isersohn in 1890 in Vienna and died in 1975 in California. After studying at the Vienna Conservatory, he worked as a stage actor at the Burgtheater in Vienna and at various theaters in Germany. In 1918, he began his career as a theater director at the Volkstheater in Munich, followed by his first outing in film in 1922 with Carl Michael Ziehrer, "Der letzte Walzerkoenig".