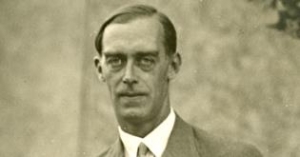 Walther Ruttmann was born in 1887 in Frankfurt and died in 1941 in Berlin. He studied Architecture and Painting and worked as a graphic designer. His film career began in the early 1920s. His first abstract short films, "Opus I" (1921) and "Opus II" (1923) were experiments with new forms of film expression. Ruttmann and his colleagues of the avant garde movement enriched the language of film as a medium with new form techniques. Together with E. Piscator, he worked on the experimental film "Melodie der Welt" (1929).