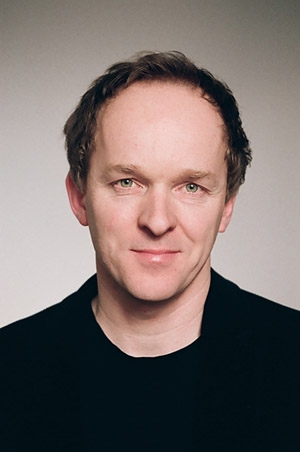 Volker Sattel, born in 1970 in Speyer, lives and works in Berlin. He acts as writer, director, and cameraman in various film forms and genres. From 1993 to 1999, he studied directing and camera at the Baden Württemberg Film Academy. Since then, he has frequently directed and done camerawork, mostly in documentaries, and collaborated with Mario Mentrup on several experimental feature films. Sattel’s works have received numerous awards, including the German Schnittpreis of VG Bild-Kunst and the Gerd Ruge Fellowship for his film "Unter Kontrolle – Eine Archäologie der Atomkraft" ("Under Control – An Archeology of Nuclear Power") from 2011 and a project grant from the Kunstfonds Foundation for his current film project "La Cupola". In 2013, along with Stefanie Gaus, he was a fellow at the Goethe-Institut’s Villa Kamogawa in Kyoto, Japan, where they collaborated on the film "Beyond Metabolism".