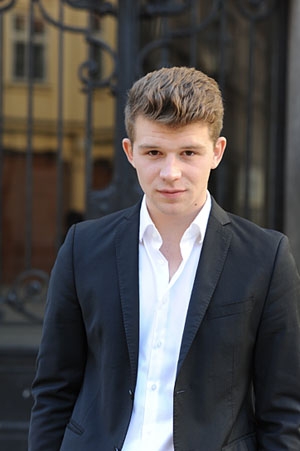 Simon Morzé was born in Vienna in 1996 to actors Petra Morzé and Stefan Matousch. He debuted on TV with a leading role in Nikolaus Leytner's family drama "Die Entscheidung" (AT/DE 2006), followed by a supporting role he played in "Das Traumhotel – Afrika" (2006). Since 2009, he has been starring in the Austrian crime series "Schnell ermittelt"("Fast Forward”) as the son of detective inspector Angelika Schnell. In addition to that, Morzé appeared in bigger and smaller roles in several TV film, such as in "Annas zweite Chance" (DE/AT 2008) and the melodrama "Glücksbringer" ("By Your Side", AT/DE 2010), both also starring Christiane Hörbiger. He was part of the ensemble of the post-war drama "Hannas Entscheidung" (DE/AT 2012) and he played a member of the school’s swim team in the much-acclaimed culture-clash film "Die Freischwimmerin" (AT/DE 2014). In 2014, Morzé was part of the ensemble of the comedy series "Die Steintaler ...von wegen Homo sapiens", set in the Stone Age.

His portrayal of a teenager rebelling against his dull life in the suburbs in the drama "Einer von uns" ("One Of Us", 2015) earned him a nomination for the New Talent Award at the Austrian TV and film prize 'Romy'. Morzé also took on guest roles in various TV series (in addition to being a regular in "Schnell ermittelt") and played a smaller role in Nikolaus Leytner's much-acclaimed drama about a shooting rampage "Die Stille danach" ("The Silent That Follows", AT/DE 2016).

In 2018, Simon Morzé starred in two feature film production in a row: He belonged to the cast of the Austrian coming-of-age drama "L'Animale", which premiered at the Berlinale, and he appeared in a lead role in Nikolaus Leytner's "Der Trafikant" ("The Tobacconist") as a love-struck trainee, who befriends Sigmund Freund in Vienna in 1938.