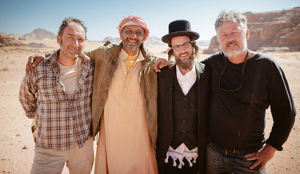 Peter Keller, born in 1966, studied medicine in Munich and Ireland. During this time, he already gained his first film experience through part-time jobs in student productions. After graduating from medical school, he worked alternately as an assistant doctor and as a driver and production assistant on film productions; eventually he moved up to jobs as a unit manager and assistant director. Starting in 1994, he wrote his first screenplays and realized his first video works. As an actor, he appeared in a small role in Herbert Achternbusch's "Hades" (1995).

In the following years, Keller realized several short films. The 15-minute "Schicht" (2002), about a factory worker who dreams of Italy and the sea, won awards at the Media 21 Film Festival in Hanover and at the Tiburon Film Festival (USA). In 2005, he founded the production company ppfilm, with which he realized the short film "Letzte Bergfahrt" in 2008, about a well-off Munich entrepreneurial couple unexpectedly stuck in a chairlift.

Together with Stefan Sarazin, Keller wrote a screenplay with the working title "No Name Restaurant," which won the German Screenplay Award in 2011. Directed by the duo, filming began six years later, in November 2017, in Haifa, the West Bank and Jericho, and lasted until April 2018. Titled " Nicht ganz koscher - Eine göttliche Komödie," ("No Name Restaurant") the comedy about an Orthodox Jew from Brooklyn who becomes stranded with a taciturn Bedouin in the Sinai Desert premiered at the 2022 Munich Film Festival; there it won the One Future Award. At the Bavarian Film Awards, "Nicht ganz koscher - Eine göttliche Komödie" was awarded the Producer's Prize. The theatrical release was in August 2022.