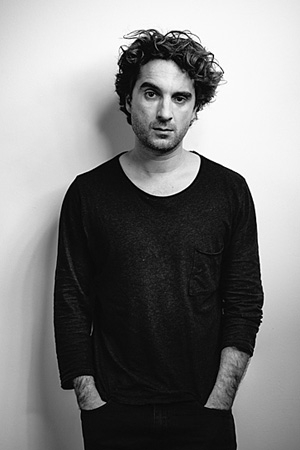 Oliver K. Wnuk was born in Konstanz on January 28 1976. Before he had formal training as an actor, he already appeared in theatre plays in his hometown. From 1996 until 2000, he studied acting at the Bayerische Theater-Akademie August Everding in Munich. During that time, he performed at the Akademietheater and the Bayerische Staatsschauspiel, and had first roles in short films and TV productions.

Apart from being one of the leads in the comedy "U-900" (2008), Wnuk predominately worked in television, where he had major roles in the TV thriller "Im Schatten der Gerechtigkeit" (2009) and the comedies "Lüg weiter, Liebling" (2010) and "Unter Umständen verliebt" (AT 2012). In 2012, he guest-starred in four episodes of the series "Der Dicke" and joined the cast of the sitcom "Die LottoKönige".

In 2014, Wnuk reprised his character for the feature film version of "Stromberg". The same year, he starred opposite Anna Fischer in the TV comedy "Weihnachten für Einsteiger", followed by his turn as a ruthless careerist in the scathing satire "Bloß kein Stress" (TV, 2015). He next joined the ensemble of the buddy-comedy "Männertag".

In addition to his acting career, Oliver K. Wnuk has moonlighted as a writer. He wrote the one-man-play "Einfach nur Siggi" (2003), contributed lyrics to the album "Blau im Blau" by his romantic partner Yvonne Catterfeld, and published the novels "Wie im richtigen Film" (2011) and "Luftholen" (2013).