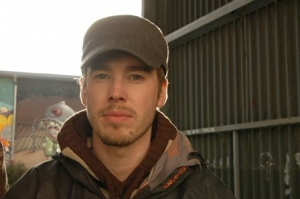 Moritz Laube was born in Frankfurt/Main in 1979. From 1997 until 1999, he studied philosophy, psychology and German literature. He gathered first filmmaking experiences working as an intern, for instance at the post-production company Das Werk and the ad production company Neue Sentimental Film. Between 2000 and 2006, he worked freelance as an editor. Among the films he worked on are Wim Wenders' "BAP – Viel passiert" ("Ode to Cologne", 2002) and "Land of Plenty" (DE/US 2004). In addition to this, Laube studied filmmaking at the Deutsche Film- und Fernsehakademie Berlin (dffb) from 2001 until 2006.

After directing commercials for several major companies, he made his feature film debut with the satiric comedy "Freiland". The film premiered at the 2013 Max-Ophüls-Preis Festival and was released in summer 2014.