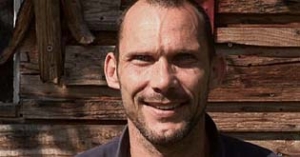 Born in Steinhöring near Munich on 24.3.1968, he moved to Berlin in 1987. A screenwriter, director, producer and actor, he began his career as a set dresser and production designer. He began working as an actor in the midnineties, also appearing in international productions. He made his directorial debut in 1993 with "Prinz in Hölleland", subsequently directing features for the TV magazine programme "Liebe Sünde" from 1994-98. He was one of the contributors to the film "Fucking different" in 2005.