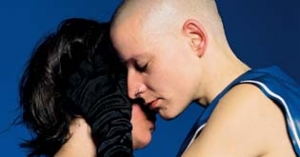 All genres – animation, documentary, drama – were allowed. Filmmakers were also given a free hand in deciding which form their films would take – either experimental or conventional. The only parameters to which they were required to adhere were the length of each film – between three and seven minutes – and the format: Mini-DV.

The result is an anthology of highly diverse films, primarily concerned with the pinpointing, questioning and deconstruction of clichés – clichés which, in spite of the ostensible proximity of gays and lesbians during the past ten years, appear to persist to a shocking extent in the minds of many in the opposite group.

The diversity of the various contributions provides good reason to hope for a thoughtful and informative expansion of our perceptions of certain roles and gender-specific patterns. Because, after all, we are not just fucking differently, we are fucking different. And that’s just fine the way it is. (Prodution company press release)