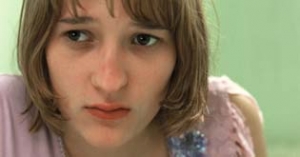 Maria Kwiatkowsky was born in Berlin on April 23, 1985 and grew up in the borough of Prenzlauer Berg. As early as 1998 she enrolled in acting classes for adolescents and worked on a variety of off-theatre projects such as the autonomous "P 14" set up by "Volksbühne Berlin". After graduating high school in 2004, she started to read linguistics and literature at the university. Before graduation, she had already been cast as the lead in Ayse Polat's film "En Garde". For her impressive performance as Alice, a 16-year-old living in a catholic reformatory, she was awarded the Silver Leopard for best actress at Locarno Film Festival alongside her co-star Pinar Erincin. Her second lead was in Maris Pfeifer's TV production "Liebe Amelie" which earned her the "Förderpreis deutscher Film" in 2005. In 2006, she starred in an episode ("Zahn um Zahn") of the TV series "Ein starkes Team", as well as in Daniel Lang's short "Deutschland deine Lieder".

In 2005, Maria Kwiatkowsky made headlines when after an extensive and exhausting marathon rehearsal at "Volksbühne Berlin" she set fire to a Prenzlauer Berg day-care center. She was sentenced to two years of youth custody on parole in 2006, explaining her offense with "personal and professional frustration".

Still in 2006, Kwiatkowsky became a member of the "Freiburg Theatre" ensemble. It took awhile until she managed to get her career in TV and film back on track, too. After appearing in the "Tatort" episode "Der frühe Abschied" (2008) and in the TV series "Kommissarin Lukas", she was cast as a bulimic in the episode "Bauchgefühl" of the series "Bloch" and in 2009 starred in Katrin Rothe's TV drama "Die Ex bin ich". The same year, she acted in Michael Koch's short "Polar".

In addition to appearances in the series "Kommissar Stolberg" and "Soko Leipzig" as well as Olivier Assayas' critically acclaimed international production "Carlos" ("Carlos – Der Schakal") in 2010, she starred in Lola Randl's drama "Die Erfindung der Liebe". During the production of the movie, however, Maria Kwiatkowsky died in her Berlin apartment on July 4, 2011. She was only 26 years old.