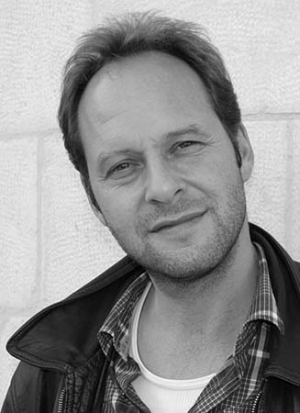 Marcus Vetter, born in Stuttgart in 1967 to a German mother and a Turkish father, studied European Business Management in Worms, Buenos Aires, and Madrid, followed by media studies in Tübingen. After earning his degree, Vetter started to work as a freelance editor, writer, and cutter for the SWR in Baden-Baden and Stuttgart. From 1997 on, he also directed several films.
In 1999, Vetter won the Grimme award for his documentary film "Der Tunnel". His following films have also won several awards: "Wo das Geld wächst" (2000), for instance, also won the Grimme award, whereas the autobiographic documentary film "Mein Vater, der Türke" (2006) won the prestigious Prix Europa and the Golden Gate award. In the film, Vetter meets his father whom he had only seen once before, at the age of seven. In the feature film "Trader"s Dreams" (2006), Vetter and co-director Stefan Tolz portray the global trading place the online auction platform eBay has created.

In 2007, Vetter together with the Israeli filmmaker Leon Geller documented a Palestinian’s journey through Israel. The Palestinian’s son had been killed by Israeli soldiers and he had nevertheless donated his son’s organs to save other children’s lives, also including Israeli children. "Das Herz von Jenin" ("The Heart of Jenin") opened in movie theatres in spring 2009. The following year, the acclaimed film won the German Film Award.

Also off-camera, Vetter kept in touch with the people in the West Bank. Together with the father of the boy from "Das Herz von Jenin" and translator Fakhri Hamad, he spear-headed the plan to turn a run-down movie theatre into a cultural centre. The obstacles and red tape the men had to overcome until the successful completion of their project, but also the encouragement they received during that time, became subject of Vetter's documentary "Cinema Jenin" (2010), which was released in Summer 2012.