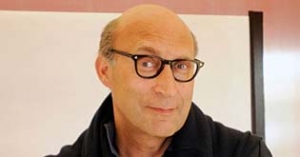 Jörg Bundschuh was born in Heidelberg on August 19 1953. At the age of 17, he already started out as a freelance author, and during the following years, he wrote numerous one-hour radio features, covering literature, philosophy and contemporary history. After graduating from school, he studied philosophy, literature and economics, and from 1979 to 1983, he worked as a film critic for Süddeutsche Zeitung. Over the years, he also contributed to several books and wrote articles for publications like "Die Weltwoche", "Text und Kritik" and "epd film".

In 1981, he founded the production company Kick Film, through which he produced over 100 films, including Christian Baudissin"s documentary "Gesucht: Monika Ertl" (1989), Jo Baier"s "Der schönste Tag im Leben" (1995), Maria Blumencron"s "Good Bye Tibet" (2011) and the series "Hollywood Profile" (1998-2001). He also produced his own works as director, like the feature film "Bavaria Blue", which starred Alfred Edel, and the documentary "John Lee Hooker - That"s My Story" (2001).In 2010, Jörg Bundschuh completed "All You Need Is Klaus", a documentary about Beatles" friend and creative collaborator Klaus Voormann. The film premiered at the 2100 Hamburg Film Festival and was released in 2011.