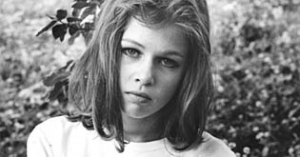 Helga Anders was born January 11, 1948, in Schwaz near Innsbruck. She made her stage debut at the age of eleven as Heinerle in a production of "Der fidele Bauer" at Stadttheater Bielefeld. She then was discoverd by screen play writer Maria von der Osten at Bauerntheater am Tegernsee and starred in her first movie part alongside Heinz Rühmann in "Max, der Taschendieb" (1961) as his daughter Brigitte. During the 1960s, Anders became widely known with the TV series "Forellenhof" und "Die Unverbesserlichen".

In 1966, Helga Anders met Roger Fritz and starred in her first leading role in "Mädchen, Mädchen" ("Girls, Girls"), 1966). In the following year Anders won the Federal film prize for her performance as Angela and married Roger Fritz.