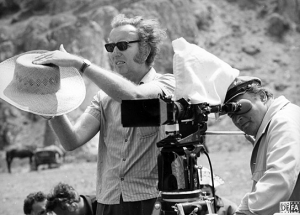 Gottfried Kolditz was born as the son of an agricultural worker on December 14, 1922, in Altenbach and studied German philology in Leipzig from 1945 to 1949. In addition, he also studied directing and acting at the Mendelssohn-Akademie from 1947 on. Already during his time at university, Kolditz worked as an assistant at Stadttheater. After his graduation, he took several jobs as a director in Leipzig, in Dresden, and in Rostock. He then became the head of directing at the theatre in Chemnitz.

In 1955, Kolditz entered the film business. At first, he worked as a musical advisor for the music films "Zar und Zimmermann" ("The Czar and the Carpenter", 1955) and "Mazurka der Liebe" (1957), both directed by Hans Müller. His first independent film as a director was the short film "Tanz in der Galerie" (1957), that tells the story of an exciting game of hide-and-seek and pursuit between the concierge of an arts cabinet and a married couple that is interested in arts.

Soon after, Kolditz finished his expressionist feature film debut, "Der junge Engländer" (1958), based on a fairy tale by Wilhelm Hauff, in the film series "Das Stacheltier". In the following years, Kolditz became known for his eagerness to experiment and finished several imaginative fairy tale movies, musicals, and comedies. One of his most interesting films is the science fiction movie "Signale – ein Weltraumabenteuer" ("Signals: A Space Adventure", 1970), a clear reminiscence to Stanley Kubrick's "2001: A Space Odyssey". Furthermore, Kolditz directed three of the most popular DEFA Indian movies with the Serbian actor Gojko Mitić, including "Ulzana" (1973).

Gottfried Kolditz died on June 15, 1982, just before the start of shooting of a new Indian movie.