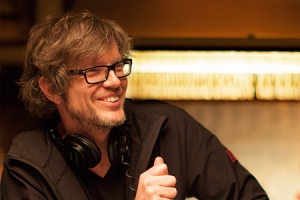 Gerd Schneider was born in Olpe in 1974. While studying theology in Bonn and Vienna, he gathered work experience in counseling, including an internship in a prison. Originally, he wanted to become a priest, yet that eventually changed after graduation, and he instead enrolled in the director's class at the Filmakademie Baden-Württemberg.

In addition to directing several shorts, he worked as an illustrator and storyboard artist on feature film productions and commercials, for instance "Führer Ex" (2002) and "Herr der Diebe" (2005). In 2006, he provided storyboards for Nikolai Müllerschön's "Der Rote Baron" and worked as second unit director on the film.

Schneider graduated with the mid-length documentary "Am Rand der Hoffnung" (2006), in which he accompanies a news cameraman working for the Al-Jazeera network during his daily work in the West Bank. The film screened at several festivals and won an award at the 2007 Brooklyn Film Festival.
Following the shorts "Nicht lustig" (2009) and "Der Diener" (2012), Schneider wrote and directed his feature film debut "Verfehlung" (2015), which revolves around a priest who is plagued by his conscience when his colleague and best friend becomes a suspect of sexual abuse.