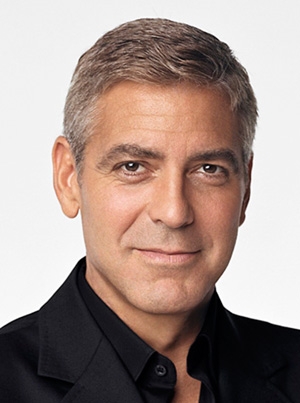 Born in Lexington, USA, in 1961, Clooney has been one of the most in-demand Hollywood stars since the mid-nineties. Today, he is an actor, director and producer. His 2003 directorial debut "Confessions of a Dangerous Mind" screened at the Berlinale competition. His performance in Steven Gaghan’s "Syriana", which screened in the 2006 Berlinale Competition, earned him an Oscar for Best Supporting Actor. He won his second Oscar in 2013 as producer of "Argo". In 2008, he became a UN Messenger of Peace and in 2010 he received the Robert F Kennedy Ripple of Hope Award for his humanitarian engagement in Sudan and Haiti.